We use own and third party cookies to improve the browsing experience and show advertising and content that interests you. By continuing to browse, we consider that you accept its use. More information 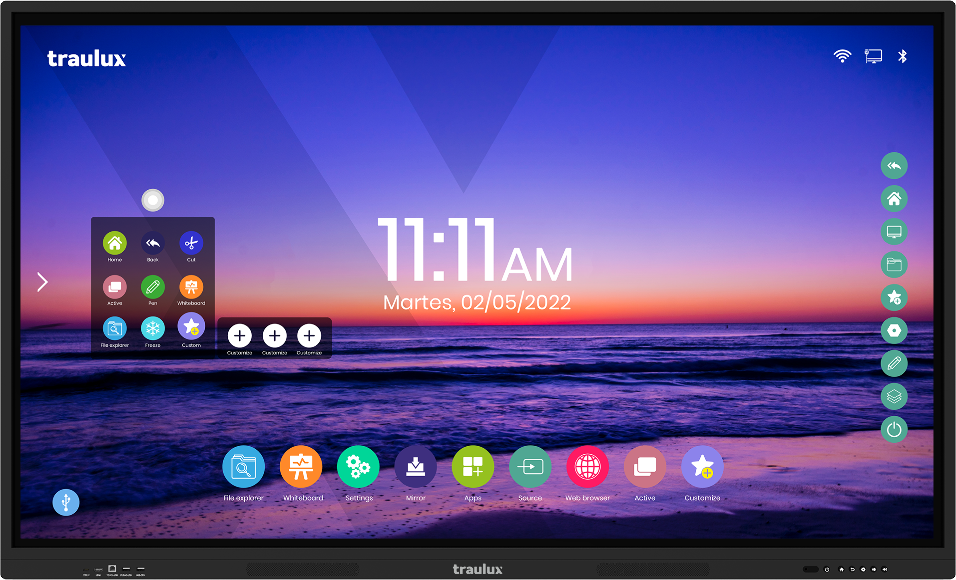 The new tx90 are the new premium series of traulux maintaining an unbeatable cost.


Among its most outstanding features is its whiteboard that can be configured up to 3 independent zones.


esharepro 4k: wireless transmission of up to 9 simultaneous devices on screen up to 4k. compatible with windows/mac/android/ios/chormebook
2 touch point transmission (windows/mac). Reverse mirroring up to 10 devices. Remote control from pc.